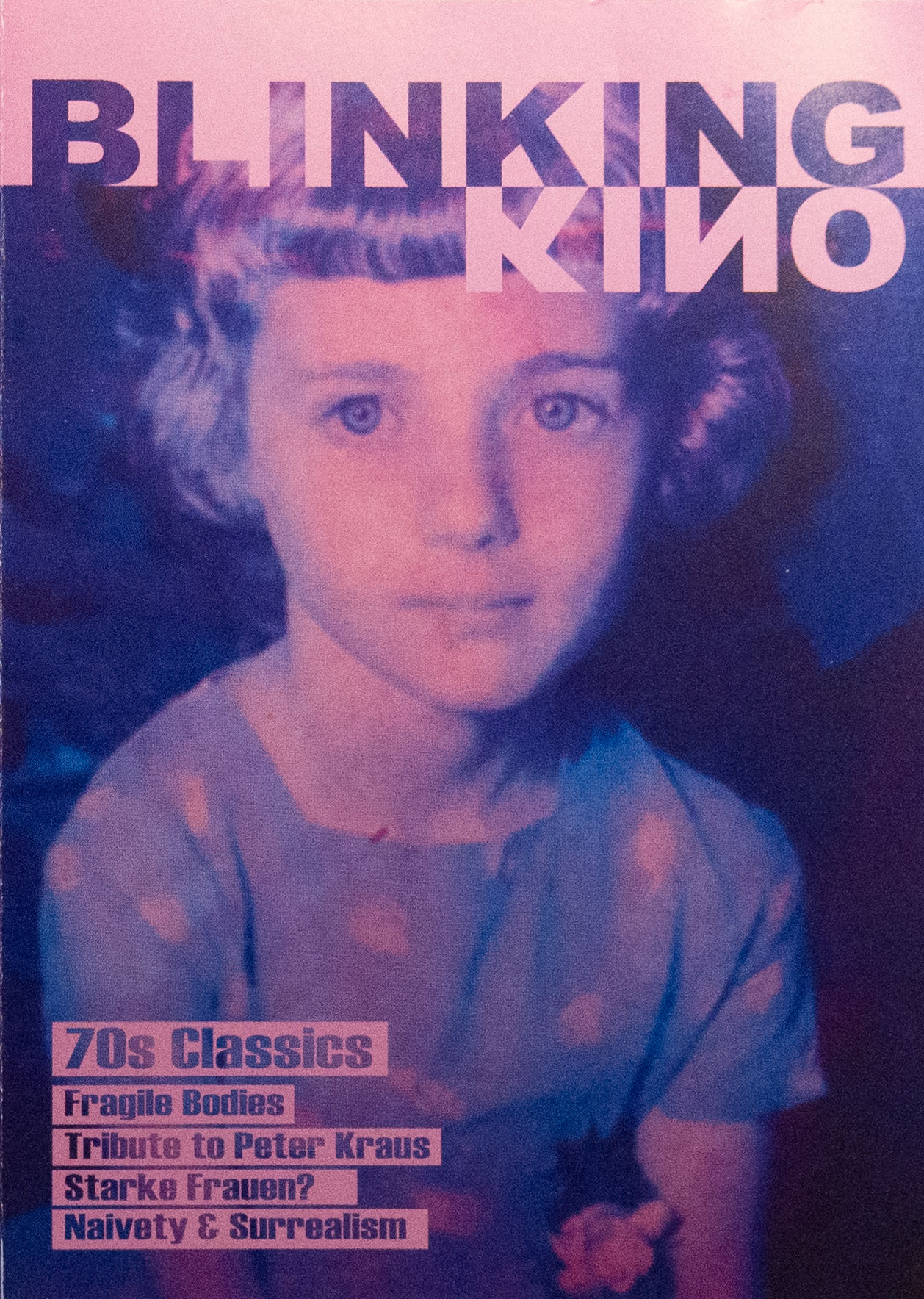 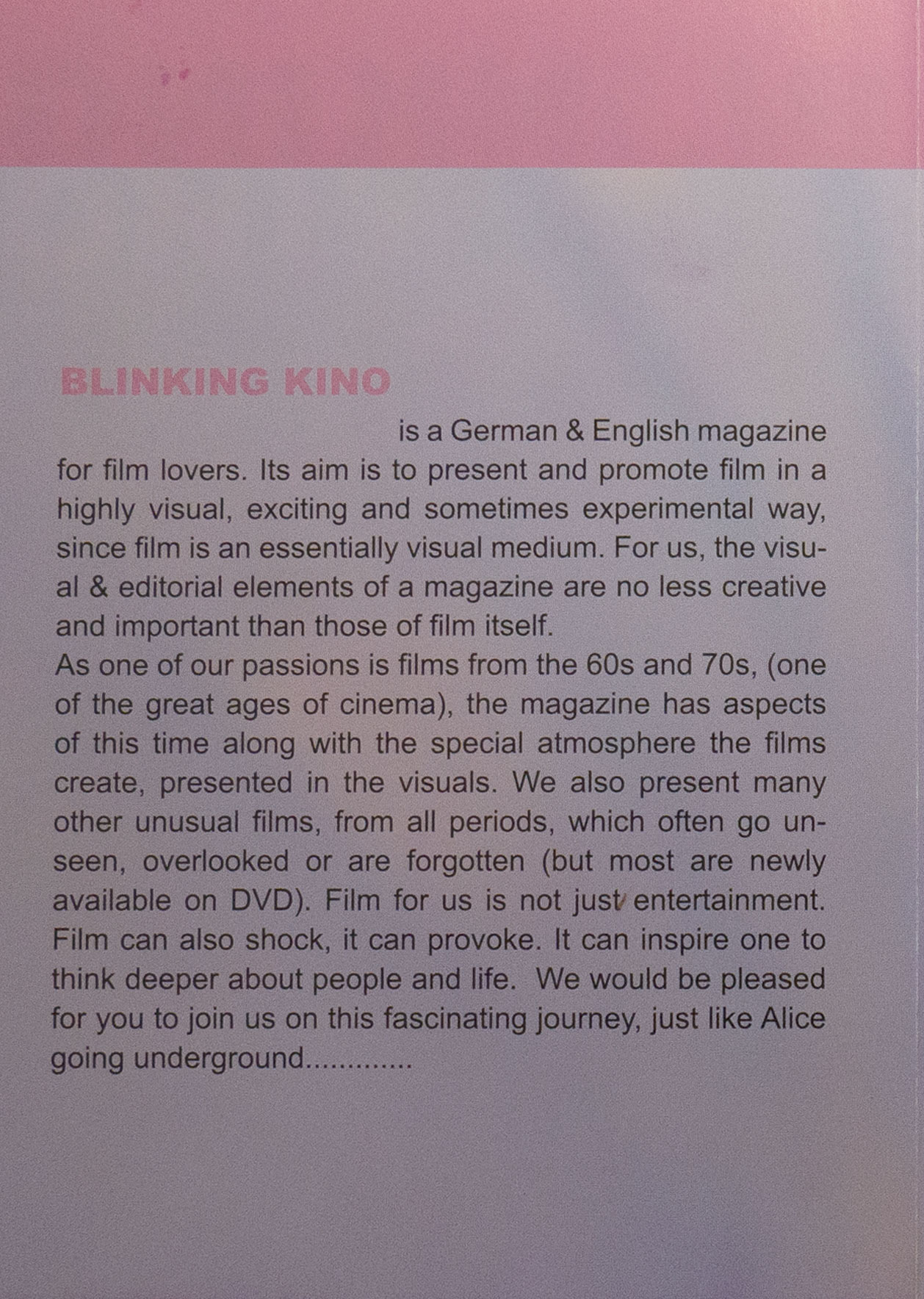 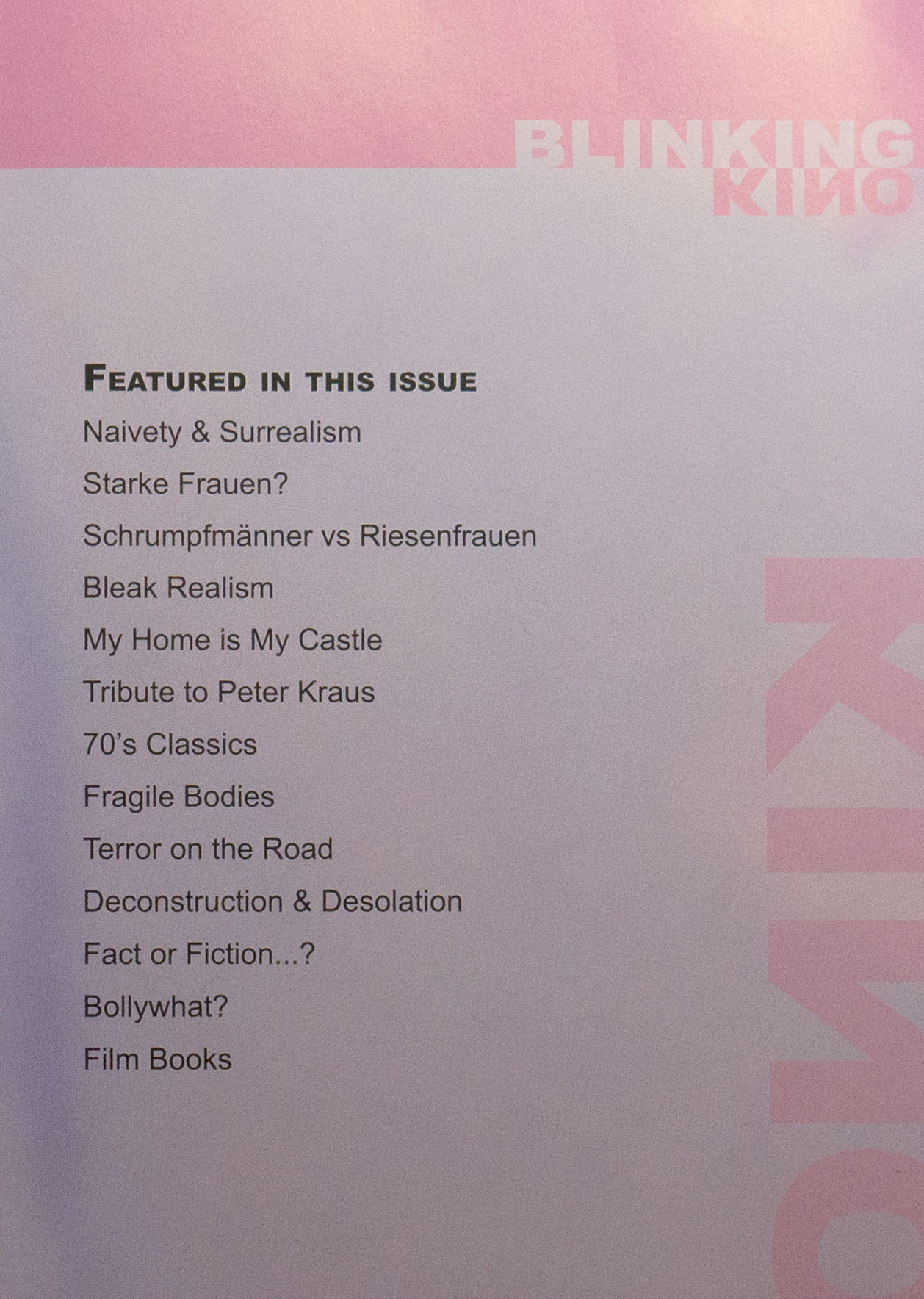 A joint project with Carl Andersen.

Blinking Kino is a German and English magazine for film lovers. Its aim is to present and promote film in a highly visual, exciting and sometimes experimental way, since film is an essentially visual medium.

For us, the visual & editorial elements of a magazine are no less creative and important than film itself.

As one of our passions is films from the 60s and 70s, (one of the great ages of cinema), the magazine has aspects of this time along with the special atmosphere the films create, presented in the visuals.

We also present many other unusual films, from all periods, which often go unseen, overlooked or are forgotten (but most are newly available on DVD). Film for us is not just entertainment.

Film can also shock, it can provoke. It can inspire one to think deeper about people and life. We would be pleased for you to join us on this fascinating journey, just like Alice going underground…

Further documentation can be viewed upon request.